Best posts made by Kinniken

Latest posts made by Kinniken

So did I... My favourite shop, both for its space-shutle look and for being both quite powerful and having a large cargo. Great ship for pirating

I think I see kasparov on the side.

However, to be completely honest, the graphics are lacking a bit in quality. Perhaps finish the story, missions, and the other technical crap, and someone more experienced will decide to help out on graphics.

I know my graphics aren't the best; I find it particularly hard to put enough details in ships, so they end up looking too clean and simple. However, graphists don't grow on trees... Werhner is making the WA fleet, and they look great, but so far that's it, and I just don't believe in the "make all the rest first and someone will do the graphics later" approach - first, it means having a basically unplayable TC until very very late in the dev cycle (and that, only if it everything goes well), second, it makes keeping up the motivation hard (since until a good graphist actually volunteer to make them the TC will be dead ugly, no matter the polish of the storyline or missions), an thirdly and most importantly it doesn't account for the fact that graphics influence the storyline as well! Ships can't be created without having a good idea of what they will look like, if they are to have any personality; what the Exos' technical capacities are depends partly on what look I can give to their asteroid homes; which weapons are more common and which are more deadly is also a question of how mean they can be made to look, ect. It's an integrated process.

If you need Windows beta testers, count me in. 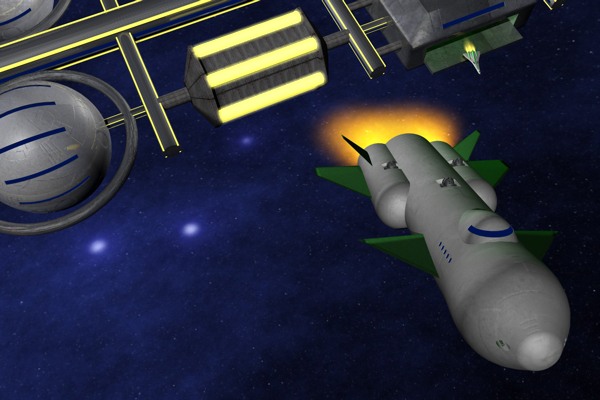 An old friend to EV old-timers...

And a creaky old Russian freighter

You may want to inquire at Just Graphics.

I realised that forum existed later... I'll do that next time. Anyway, Modesty_Blaise gave me a few tips which solved it.

Oh, ok. What you are seeing is simply some of the inside lightning leaving the front of the ship by a thin gap between the two "halves" of the ship's living quarters. Those openings are there since Exos live in vacuum and will actually leave the ship for combat.

I only showed one outfit

Oh and you need to lighten those pictures. All I can see is the engine glow.

Exo ships are supposed to be very dark... I might lighten up the tanker, though.

Is that barely visible glowy-shield thing on the front of Hunter intentional?

There are no shield-thing on the hunter...

About the whole "hemisphere" thing... Why not make "Earth" a conglomerate of systems with, say, blue background and "clouds"? (with maybe each spaceport with a system of its own...)

Of course, if you've already done the systems, then this is irrelevant.

Anyway while this idea is interesting it would be very complex to pull off. The two hemisphere system is a bit of a kludge but it's only for one planet and in practice isn't too glaring a problem I think.

And now an other little preview... Graphism for three ships and an outfit (more have been done, this is just a teaser). 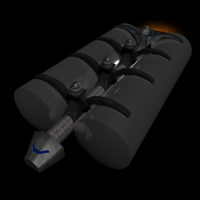 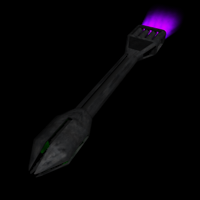 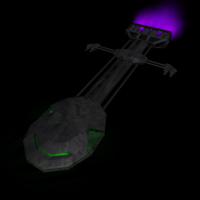 This is by far the most promising TC I have seen in a very long time! Spob graphics look great.
I could possibly do some untextured models in Wings, but I can't wrok on a schedule, do to busyness with school. Anyway, PM me or something. Good luck with this!

Nice to see some enthusiasm

Thanks for the offer, but Werhner is already helping me with the ship graphics, and together it should do fine. Would you want to do preview testing? Feedback is what I need most at this point.